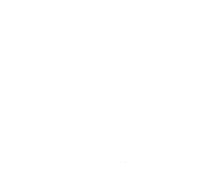 We are continually given messages throughout our lives about what it means to be a girl or boy, woman or man. Even though there are many more out lesbian, gay and bisexual people in today’s society, most of us still grow up in a world where being straight or heterosexual is seen as the norm. Coming out is when someone tells someone else their sexual orientation or gender identity. Most of us are brought up to think that everyone is attracted to the opposite sex and that our gender identity will match our physical body (or the gender we were assigned at birth). Lesbian, gay, bisexual and transgender (LGBT) people, have to make a choice to either publicly ‘hide’ how they feel or tell people their sexual orientation or gender identity. Lesbian, gay, bisexual and transgender people come out at all stages of their life and to varying degrees. For some it will be essential for them to live fully as themselves, whereas for others it might be that they only come out to themselves. Once you have come out to yourself, you might want to tell people close to you straight away, but for many people this takes time. For inspirational stories about coming out please visit R U Coming Out

Coming out to others can be a hugely liberating experience and many people say it feels like a huge weight has been lifted from them. Below is a list of some of these benefits as well as some things to consider:

Coming out rarely is all good or all bad, but if you do have a negative experience, remember that by coming out you will have increased opportunities to meet other LGBT people, make new friends, and receive support from others.

Guidance for Families and Carers

Your daughter or son may have just told you that she/he is lesbian, gay or bisexual. You might have been wondering about their sexuality for a while, or the announcement might have come as a bolt out of the blue. Perhaps they have yet to ‘come out’ but somehow you know that they are gay and want to offer your support. Most parents assume that their children will grow up to be heterosexual. They won’t have thought that one day they would hear the words ‘ Mum. Dad. I’ve got something to tell you. I’m gay!’. Even if you are absolutely fine with your child being lesbian, gay or bisexual, you probably have questions and perhaps concerns. We know that each family situation is different but most parents find it helpful to know how other parents or carers have coped in a similar situation. Some people feel the support services are ‘not for them’ and won’t understand their needs. Some people may access support late or not at all, because they anticipate stigma or discrimination.

As so very many LGBT people have told us ‘Coming out to your parents is really scary!’ Even in the most loving of parent/child relationships, there is that moment of doubt about how your parents may react. Stories of parental rejection, negative reaction from friends or family… will be familiar to your daughter/son. That your daughter or son has told you that they are lesbian, gay or bisexual is a huge step in building an open and honest relationship for the future. A number of organisations exist to support families and friends,including FFLAG

Families and Friends of Lesbians and Gays (FFLAG)

Families and Friends of Lesbians and Gays is a UK-wide voluntary organisation with more than 40 telephone helplines and parents’ groups which hold regular meetings across the UK. FFLAG is dedicated to supporting parents and their gay, lesbian and bisexual sons and daughters. We offer support to local parents groups and contacts in their efforts to help parents and families understand, accept and support their lesbian gay and bisexual members with love and pride. FFLAG provides a central point for exchange of information between parents groups and local parent contacts. Members are parents of lesbian, gay or bisexual sons and daughters. These young people and their families face serious homophobia in our society, which brings in its wake prejudice, bullying and alienation. FFLAG supports the full human and civil rights of lesbians, gays and bisexuals and speaks out and acts to defend and enhance those human and civil rights.